ISIS terrorists attacked (September 2. 2021) the Iraqi Federal police (ISS) post in Arsim Darb, the Rashad region southwest of Kirkuk. Fourteen policemen were killed. Several roadside IEDs were activated against a rescue force. There was also a heavy exchange of fire with the rescue force. Three members of the force were killed. ISIS operatives retreated while Iraqi aircraft were trying to hit them. An Iraqi police officer reported that 14 policemen were killed in the attack, and six others were wounded. He noted that the attackers used IEDs and light and medium weapons.

Several days after the attack, ISIS’s Al-Naba’ weekly published in its 303 issue a detailed report about the incident: combined teams operated on the ground storming the post; two groups blocked supply routes to the area destroying a few Humvees; a third group attacked the police post, while a fourth group ambushed those who fled the scene.

Local social network activists criticized the lack of support to the police force during the incidents despite heavy casualties.

Data extracted from weekly infographic of worldwide attacks published by ISIS (Al-Nabaa.’ weekly no. 303) summing up its “weekly harvest” (September 1 – September 8) reveals that the most significant number of attacks was carried out in Iraq (24 from a total of 28) in several provinces (Al-Anbar, Diyala, Nineveh, Babel, Salah al-Din). 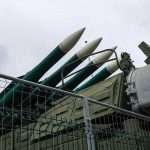 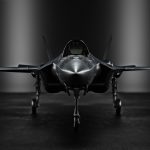