The book studies the permissibility and effectiveness of targeted killing in campaigns against terror.

Targeted killing has become the primary counterterrorism measure used by several countries in their confrontation with lethal threats. It has been extensively used by the US in Afghanistan, Iraq, Pakistan, Yemen, Somalia, and Israel in the West Bank and Gaza. The book goes a step further in exploring the problematic balance between security while maintaining the liberties and rights of a country’s civilians.

This book explores the question in case studies from the first decade of the twenty-first century using targeted killing applied by Israel and the United States. It ultimately assesses whether compliance with legal standards can strengthen a state in its campaign against terrorism and provide more reliable security. The book focuses on civilian-related criteria, hypothesizing that minimizing civilian casualties will maximize effectiveness in an asymmetric war setting. The conclusions are not limited to a specific tactic or theater, and if adopted, might have far-reaching implications for how asymmetric warfare is strategized.

The first book, “Suicide Terror: Understanding and Confronting the Threat” is also available on Amazon. 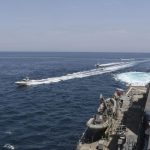