Two weaponized drones targeted U.S. forces stationed in Iraq. A spokesman for Operation Inherent Resolve said that forces at Erbil International Airport were attacked by two Unmanned Aircraft Systems shortly before midnight, adding that force protection countermeasures were used to “defeat the drones” as one impacted the inside perimeter and the other impacted the outside perimeter. No injuries or property damage were reported. According to local media reports, the perpetrators were arrested.

Note: Drones are used by pro-Iranian Shiite militias and ISIS. Recently Israeli Defense Minister unveiled that Kashan’ base located north of the city of Isfahan in Iran is where Iran trains groups and militias to fly UAVs “the base is the cornerstone of the Iranian air terror export in the region recently the Iranians began transferring knowledge for the production of UAVs…”.

In this regard, Iraqi sources revealed that Iran established a new training camp near the holy city of Karbala’ for pro-Iranian Iraqi and Syrian militias. They claimed that Revolutionary Guards Quds Force supervises the camp with Lebanese Hezbollah instructors providing recruits with lessons and methods for using drones against different assets. Iran is working tirelessly to produce a generation of qualified experts on operating weaponized drones.

Houthi rebels in Yemen have intensified drones and ballistic missiles attacks against civilian and military strategic infrastructure in Yemen and Saudi Arabia. On September 4, 2021, the Houthis simultaneously attacked several Saudi targets, including the city of Dammam (approximately 1,200 km from the launching sites in Yemen) in the eastern part of the kingdom not far from Bahrain. The target was the giant Aramco oil company’s Ras Tanura residential camp. At the same time, Saudi targets were also attacked in Jazan and Najran in the south of the kingdom and Asir.

Iran gains extensive experience operating various weapons systems in the diverse areas of the so-called “Resistance Camp,” such as Yemen, Syria, Lebanon, and Iraq, and tries to bring these capabilities to the fore in the rounds of fighting between the Palestinian terrorist organizations and Israel in Gaza and Lebanon, as well as in Iraq against American forces. Iran is constantly working to equip all elements of the Resistance Camp with asymmetrical capabilities capable of hitting the depths of its regional rivals, mainly in the Gulf and American forces and assets in Iraq. 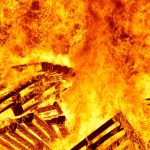 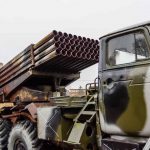 Kuwait confirms Katyusha Rocket Fell On Its Side of Border With IraqArticles, Blog, Incidents